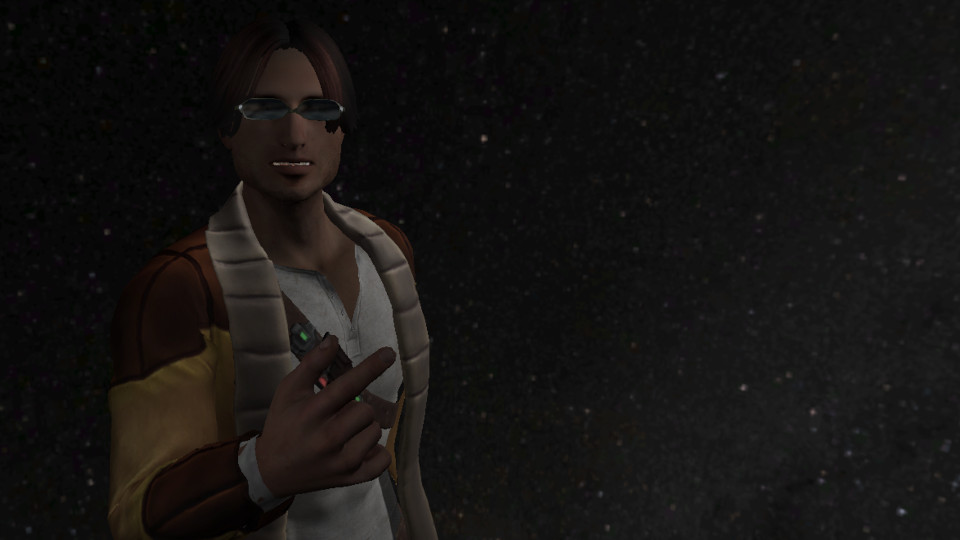 Yatra Jane is an orphan raised by a monastery in India. He left the planet to start a monastery off-world but after fighting in the interplanetary independence wars he became pretty bored with simple meditation and being at one with the universe and all that so he left to travel.
He's enlightened, at one with the universe, but these days more into the thrill of a race-car than the calm millpond mind.
War is long ended, and he's the pilot of the starship Schrödinger's Destiny. A simple colony-lugger lost way out of it's depth and into adventure.

Eggs - Yatra discusses the ethics of vegetarianism while fighting an electric space lizard.
Payment - Yatra is picking up some data from an alien planet when his contact gets him racing from the police.

Sadly he's too busy and we need a replacement, currently casting.